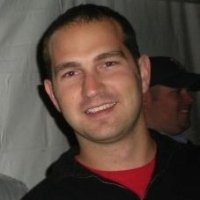 .@NFLosophy, AKA Joe Bussell, is one of the more fascinating Twitter characters of the year. He joined Twitter as an anonymous NFL expert who dropped a ton of seemingly-credible knowledge, and it left us wondering whether he was a phony and when or if he would disappear once he found a new job. He recently shed his anonymity and declared himself as a real person. In our chat, we talk about why he started his anonymous Twitter feed in the first place, if shedding the mask will help him for future NFL employment, and what his operations job with the Buccaneers actually entailed. Plus, we discuss why NFL teams who have to play in London suffer through such a massive undertaking and why Bussell, who wasn’t involved in the Buccaneers personnel department, was fired along with the rest of the Raheem Morris-led coaching staff after the 2011 season.

Here is some of what we talked about (and some topics we didn’t) as I took notes during the interview.